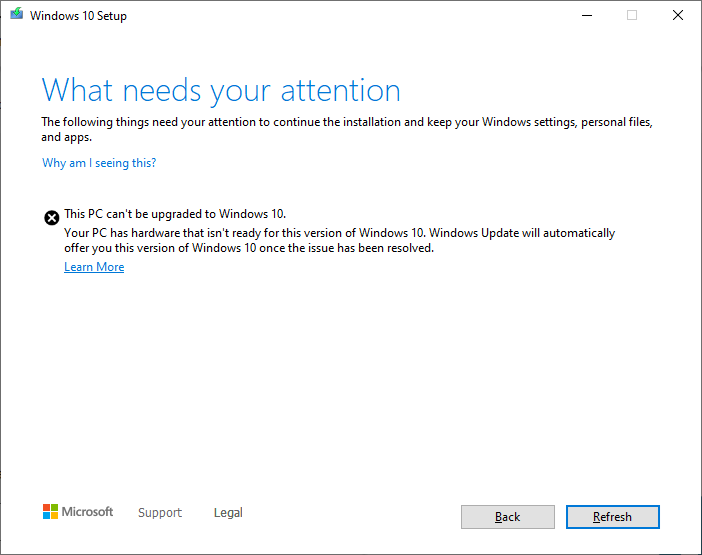 An incompatibility issue has been found with Windows 10, version 2004 or Windows 10, version 20H2 when using an Thunderbolt NVMe Solid State Disk (SSD). On affected devices, when plugging in a Thunderbolt NVMe SSD you might receive a stop error with a blue screen and "DRIVER_VERIFIER_DMA_VIOLATION (e6) An illegal DMA operation was attempted by a driver being verified." Affected Windows 10 devices will have at least one Thunderbolt port and any currently available version of the driver file stornvme.sys.