Text of DNS events is not rendered correctly in the Global Logs node of Windows Server 2012 R2 DNS Manager if the August 2014 update rollup 2975719 or a later version of monthly update rollup is installed.

Here's the screen shot of the DNS event log message: 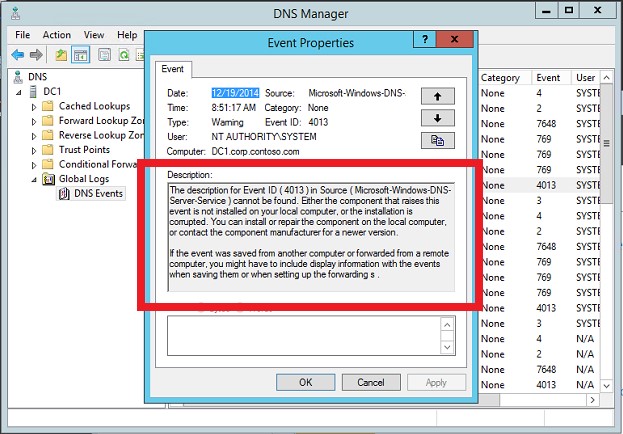 View the DNS events in the Event Viewer and Computer Management snap-ins after you install hotfix 3082532.

See the terminology that Microsoft uses to describe software updates.

"We can't find an audio device" error when you first try to play a media file ...