Present in a live event in Teams [MS]

As a presenter, you'll be one of the people working behind the scenes to make the event successful. 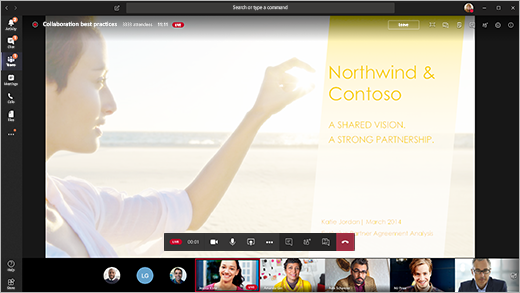 In Teams, select Join to join the event as a presenter. From outside of Teams, select the join link to open the live event in Teams.

As a presenter, you share many of the basic capabilities of a producer, but you don't have as much control over the video feeds or the live event itself.

Important: You must have the meeting role of presenter to be able to present.

As a presenter on an iPad, you can do the following during a live event:

Presenters can't do the following:

Type in a bi-directional language in Office for iPad or iPhone (iOS 8) Ex...