You can use the OnError macro action in Access to specify what should happen when an error occurs in a macro.

The OnError macro action has the following arguments.

Here is a screenshot of the Access macro designer (Access version 2010 and higher) with the previous example. In this case, the expression in the SetLocalVar action triggers an error because it is trying to divide a number by zero. Access moves down to the submacro named ErrorHandler and displays the error information in a message box. 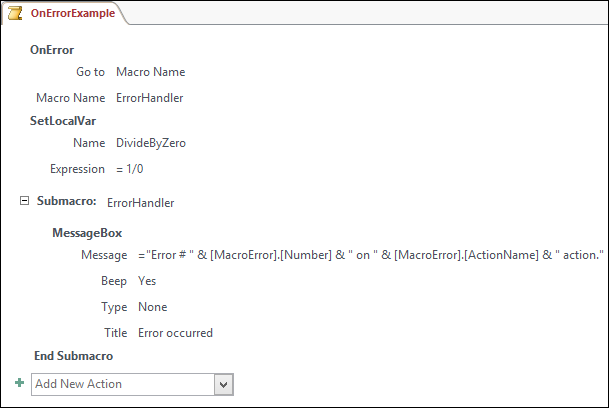