Use your business data to manage campaigns

Business data help you see how campaigns or ad groups across an advertiser contribute to promoting specific hotels and destinations. Here's an example report that uses business data to organize performance metrics: 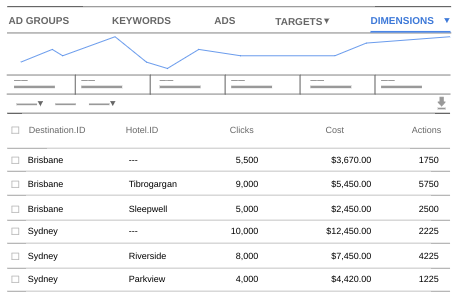 For maximum flexibility, create separate business data tables for countries, destination cities or regions, and hotels. (As you'll see later, this enables you to apply business data at the appropriate level of granularity).

Then add a column of type Text, which you can use to enter the full name of a country: 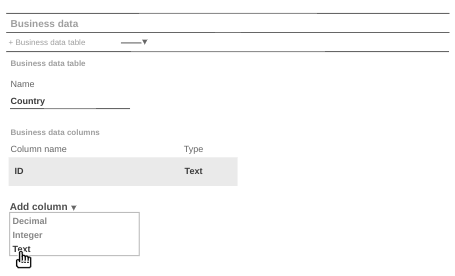 The full list of suggested tables and columns is below: 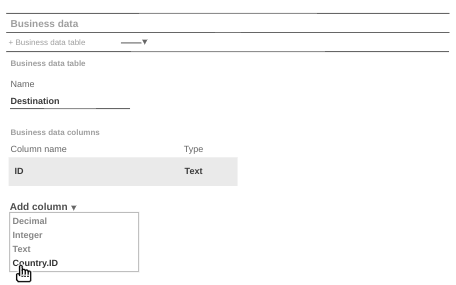 Apply rows in the Hotel table to campaigns or ad groups that promote specific hotels. For example, apply the "Tibrogargan" business data row to ad groups dedicated to promoting the Tibrogargan hotel in Brisbane.

Type in a bi-directional language in Office for iPad or iPhone (iOS 8) Ex...